Book: The Bridges at Madison County

Where to buy: I really don’t know, one of my College thesis mates just lend me this book, and the price tag says, “Book Sale”. 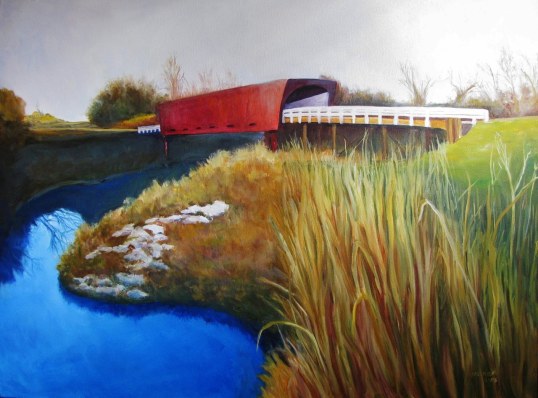 Do you believe in love at first sight? I don’t, maybe with the 2nd sight.

Do you believe that real love can happen in a span of 4 days? I don’t, maybe with 40 days.

But a while ago, in just one sitting, a cup of coffee, and 3 slices of bread, I suddenly believe that this kind of love is possible with tears flowing down my eyes, as I read a strange yet one-of-a-kind story of love that happened in 1965, that was 4 years before my mom was born and published just before my 3rd birthday in 1992. Indeed, I’m fortunate to be able to read it today, 48 years later after that awesome love-at-first-sight affair happened in Winterset, Iowa.

Yes, I wrote it right; it was just a 4-day affair, but reading the entire book, the writer’s researches, her journals, and his photos, I should know and believe that Robert James Wallers’ whirlwind kind of love in this novel is possible.

(I’m still in tears writing this…love stories like this one can really make me cry or maybe the hopeful romantic in me hopes that my love story will be as awesome as what I just read, worth reading through the years.)

He was a traveling photographer for National Geographic, and she was a farmer’s wife. He was tasked to take photos of the bridges at Madison Country, and while looking for the last bridge, he got lost; he stopped and asked for directions. Fortunately, the wife was alone at home, she was sitting at the porch when this man came and asked her. She gave him the directions, and even offered herself to bring him there. (Take a note of this scene, for this is same as mine.)

As I read it, I know they complement each other in a thousand ways that I couldn’t write, that was their love and no writer can really bring justice if ever he/she attempted to do that. They were poetic, artistic, and full of passion and love. He made her live who she really is; he brought out her identity and characters from a shell and her childhood dreams that she once felt dead already. She made him feel that he was not lost and that he found what he has been searching for all his life.

Here’s an awesome description of what they had as he said it, “I think we’re both inside of another being we have created called ‘us’. We’re not really inside of that being. We are that being. We have both lose ourselves and created something else, something that exists only as an interlacing of the two of us. We’re in love, as deeply, as profoundly, as it’s possible to be in love.”

May be you’ll be asking me, 4 days? Is that they call love, for real?

Well, he said these lines that even I will never forget, “In a universe of ambiguity, this kind of certainty comes only once, and never again, no matter how many lifetimes you live.”

They were certain that they have love in just 4 days. But as I understand it, they just had each other physically for 4 days, but they love each other until their deaths.

He asked him to run away with him, but she already has a family, a husband and 2 kids that she had responsibilities with, so she stayed. They never kept in touch after that 4 days, yet they remain to love each other until their last breaths, which made me conclude that no amount of distance, communication barriers, and physical absence can put an end to a love that made two hearts beat as one.

Let me share the lines they had in their dying hand-written letters; him for her and hers for her children…

To the universe, four days is no different than four billion light years. I try to keep that in mind. But, I am, after all, a man. And all the philosophical rationalizations I can conjure up do not keep me from wanting you every day, every moment, the merciless wail of time, of time I can never spend with you, deep within my head. I love you, profoundly and completely. And I always will. (1978)

In four days, he gave me a lifetime, a universe, and made the separate parts of me into a whole… I gave my family my life; I gave him what was left of me.  Though we never spoke again to one another, we remained bound together as tightly as it’s possible for two people to be bound. (1987)

If you’ll ask me, How come that was love? Or maybe you’ll say that’s adultery, pure lust, or whatever. My answer to you will be – I believe them that it was love. Her love for her husband and children prevailed than her love for herself and the man whom she fell in love with, that was a selfless kind of love; and as for him not destroying her family, her reputation and the lives of her children for the sake of his personal happiness, another selfless love.

Lovers need not to be together physically, what matter is that they keep the love in their hearts wherever they are.

This love story is presented as a novelization of a true story, but it is in fact entirely fictional. However, I wanna share with you a real love story kind of similar with this, my love story.

There is one man who died and lives again and went up to His Father in heaven, but I can still feel His love surrounding me now. I may not be able to love Him just the same, but I know that He is love and that is the greatest love that I have – a selfless kind of love that didn’t exactly transpire in a bridge, but happened in Calvary where my Lover bridged Himself between heaven and earth.

Like the story above, my love story also begins when I found myself lost before and then I met Jesus; He just not answered me with directions, He also offered me Himself to be with me where I’m heading.  And there, I found what I had been looking for – one true love.

What happened with the lovers with the story? They were both cremated, and there ashes were scattered at Roseman Bridge, 7 years apart. He passed away in 1982; she died in 1989, still loving each other despite never seeing or hearing from each other after their 4 days of being together. His name was Robert Kincaid, and she was Francesca Johnson. 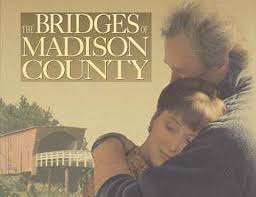 There’s also an award-winning movie for this novel showed in 1995; I haven’t watched it yet, but I know that the story is pretty good. I hope, like me, you feel and believe in what real love can do with this classic love story.